Okay, so where were you and your outrage as violence against people was being committed? For four hundred years this country has committed violence against African Americans, from genocidal violence to police violence to societal violence. Have you expressed how appalled you have been about the more than one hundred unarmed Blacks killed by police per year? Have you spoken out regarding the horrific disparities in health care, life expectancy, education, employment, income, environmental protection, police stoppings, arrests, convictions, sentences and incarcerations? Where was your outrage about New Orleans and Flint, Michigan, and during this epidemic how concerned were you about the dramatically disproportionate deaths in the Black communities? What did you do in the face of racist jokes and stereotypes and words? When did you show your disgust for the vile racist language and racist history of your President, and are you still with him, even as he continues to inflame the situation solely for his own political gain by substituting shoot to kill directives and military attacks on peaceful protesters for expressions of sobered empathy and calls for unity?

Now all of a sudden not only was the murderer quickly fired, but those who stood by and did nothing are also facing justice, and police are being fired or suspended for using excessive force on demonstrators, and police chiefs across the country are promising reforms, and one police officer forced another to get his fucking knee off of a detainee, and police are kneeling, and television shows about institutional racism are popping up all over, and threats of violence AGAINST the protests are driving MORE people into the streets. Did purely “peaceful” protests ever accomplish all that? And since you’re so adamant that this isn’t the right way, were YOU doing it the right way, were YOU marching and speaking out for justice, were YOU among the White people who, had they been saying NO MORE all along would have prevented us from having reached this point?

Yeah, I feel badly, too, for the small shop owners whose businesses were demolished, whether by protesters or the police agents, White supremacists and other Trump supporters who are trying to discredit the protests or use them as a cover for more racism. Interestingly, though, many of them have nonetheless expressed sympathy for the protests, because, unlike you, they know what it’s like to have to sit your child down and have “the talk” with him or her about what to do when stopped by a police officer, and what to wear and how to look when walking down the street, and what not to do when confronted with a slur, and what to do with their anger at the injustices and debasements they are seeing around them. Your sympathies for them ring hollow. Ironically, it all seems like a good cop-bad cop scenario. There are millions of peaceful protesters. Finally LISTEN to them, because, otherwise, there’s your alternative. 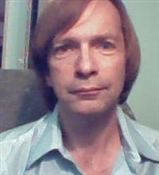